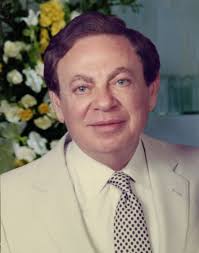 The Saul E. Ashkenazi Education Center
Yeshivat Moreshet Yerushalayim proudly bears the name of Mr. Saul E. Ashkenazia a"h, a visionary man, known for his integrity and generosity. A deeply philanthropic man, Mr. Ashkenazi was involved in numerous charities. He was a key donor in launching Yeshiva University's scholarship funds in the early 1960s, a co-founder of the Jewish Communal Fund in the early 1970s, and introduced Israel Bonds to the local NY/NJ communities in the mid-1970s. With a passion for architecture and design, Mr. Ashkenazi was the architect for the Ohel Yaacob Synagogue in Deal, NJ in the 1980s, and the Shaare Zion Synagogue of Brooklyn building expansion in the early 1990s. Perhaps his proudest philanthropic contribution was the purchase and donation, with his brother Ely a"h, of 56 acres of New Jersey land in the late 1970s. The Hillel Yeshivah, with over 800 students in preschool through high school, now flourishes on that land, In subsequent years, Mr. Ashkenazi raised tens of millions of dollars for new buildings and scholarship funds. 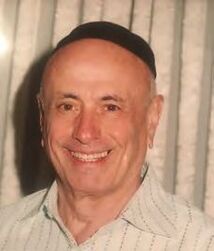 The Ovadia Buddy Sutton Bet Midrash
Ovadia Buddy Sutton a”h was raised in the holy city of Jerusalem in a home that was frequented by the greatest Sephardic hachamim of the time. His parents Hillel and Bahia Menashe Sutton a”h instilled in him a deep love and respect for our Sephardic heritage and traditions.Throughout his entire life he possessed a deep love for the Land of Israel, most especially the city of Jerusalem. He emigrated to the US at the age of 24 where he and his brothers eventually built a successful wholesale and retail business. He always made it his first priority to help other community members by offering them employment opportunities in his business. In addition, he would always encourage them to grow and build their own businesses, putting his personal interests aside for the benefit of others. Many went on to be highly successful entrepreneurs and leaders in our community. His deep respect for Torah, love of Israel, commitment to the welfare of others all serve as pillars that Moreshet Yerushalaym is based on. It's because of that, that we are honored to name "The Ovadia Buddy Sutton Bet Midrash" in his memory.